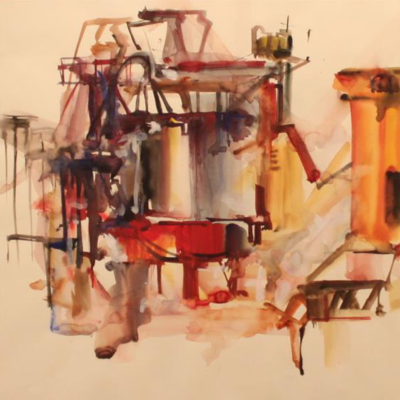 George Smith Dibble, born in 1929 in Laie, Oahu, Hawaii, grew up on a ranch in Layton where he began painting at an early age. He received his BA from New York’s Columbia University in 1938 and his MFA there in 1940. He also studied at the Art Students League. In 1941, he returned to Utah where he began his long and influential career as a teacher and professor of art at the University of Utah.