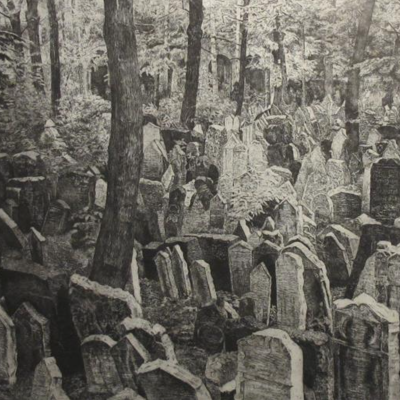 Chicago native Moishe Smith was a well-regarded American etcher and painter. He earned a bachelor degree from the New School of Social Research in New York, and an MFA in printmaking from the University of Iowa under Maurico Lasansky, and later worked with the Italian master Giorgio Morandi. He taught at Ohio State University, the University of Iowa, and the University of Wisconsin and was a member of the art faculty at Utah State University from 1977 until his untimely death in 1993. Among the most important of his many awards and honors, Smith was made a Fulbright Fellow in 1959-61, and was awarded a Guggenheim Fellowship in 1967-68. His work is included in major museum collections, including the Uffizi, the Rijksmusuem, and the Museum of Modern Art, New York.