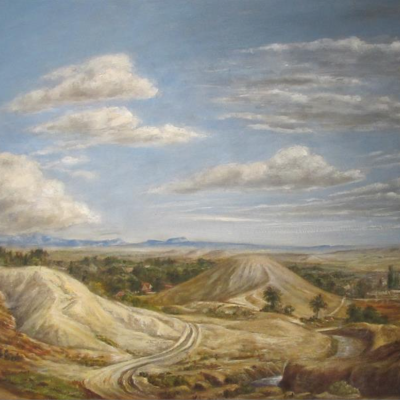 Looking West out of Far...

Born in Price, Utah, Lynn Fausett studied art at the Brigham Young Academy in Provo. He joined the Navy in 1916 and emerged with the rank of ensign and training as an electrical engineer. Not satisfied with working for Utah Power, he traveled to New York to study at the Art Students League in 1922; he became a powerful force for change within League, when from 1932 to 1936, he served as the League’s president during an extremely critical time in its history. Fausett returned to Utah in 1936 and worked on mural projects for the WPA. The older brother of artist Dean Fausett, Lynn Fausett found success and fame in Utah.