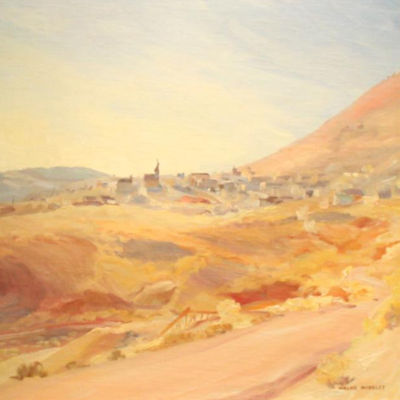 The highly talented Midgley, a Salt Lake City native, spent most of his active career in New York. He studied in Utah with Mahonri Young, and in New York with some of the great artists of that place and time, such as Robert Henri, John Sloan, George Bellows, and Walt Kuhn. Midgley found success as a commercial artist and illustrator, and to a lesser extent as a painter. Midgley returned for good to Salt Lake City late in his life, and was honored by the Utah Museum of Fine Art, the Springville Museum of Art, and the art museum at Utah State University in 1983-84 with a major retrospective exhibition and a book authored by the art historian Robert Olpin.