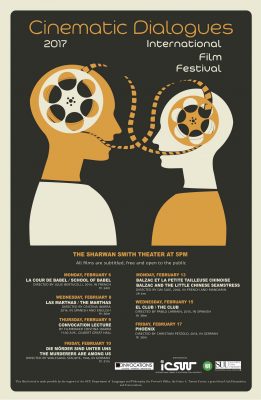 International Cinema at Southern Utah University (ICSUU) presents an exciting and diverse line-up of films for this year’s film festival. The theme of this year is “Cinematic Dialogues” and will feature films in French, German and Spanish. Each screening will be followed by a Q&A with a guest speaker. All films are subtitled, free and open to the public.

They will screen Die Mörder Sind Unter Uns/The Murderers are Among US (Dir. Wolfgang Staudte, 1946, in German). Post-screening discussion and Q&A will be led by Dr. Corey Twitchell.