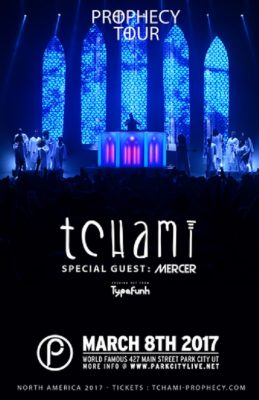 Hailing from Paris, Tchami, is no stranger to the dance music industry. Coming on to the scene with his remix of Janet Jackson’s “Go Deep”. The track became an instant over night hit! With much critical acclaim, he soon followed up with his first original production “Promesses” with Kaleem Taylor via Fool’s Gold Records and Ministry of Sound. It was not too long after “Promesses” that Tchami released “Shot Caller” under the same EP for Fool’s Gold Clubhouse.