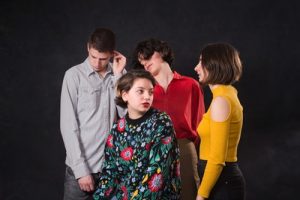 Catalonian quartet MOURN stormed onto the scene in 2014 with their self-titled debut – a work of angular indie rock and pointed lyricism delivered with confidence well beyond their teenage years. Two years later, they returned with the equally superb Ha, Ha, He. and proved themselves worthy of the early praise, squashing any remaining questions of fleeting hype. But with seemingly endless opportunities in front of them, MOURN found themselves caught in a legal dispute with their former Spanish label, rendering them unable to tour or effectively support their sophomore effort.