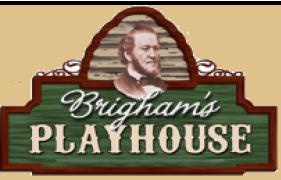 Fiddler On the Roof

One of the greatest musicals of all time is coming to Brigham’s Playhouse! Written by Jerry Bock and Sheldon Harnick, this eccentric production features some of the most well-known musical theater songs such as, “Tradition”, “Matchmaker”, and “If I were a Rich Man”. Set in a most turbulent time for Russia, the story follows an Orthodox Jewish family as they learn to let go of their conventional traditions in favor of love.