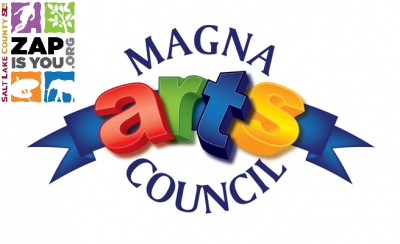 Magna Music and Movie In the Park

Presented by Arts Council of Magna at Pleasant Green Park

Robyn Cage
Robyn Cage’s expressive voice and impassioned live performances have captivated audiences from Boston’s Symphony Hall to the stages of NYC. A professional actress, trained at the Boston Conservatory and praised by The New York Times and Variety, Robyn turned to songwriting in 2009 and recorded her “Raining Sideways” EP with producer Alex Houton. In 2014 Robyn teamed up with two time Grammy-nominated producer Darryl Neudorf (Neko Case, Sarah McLachlan) to record “Burning Now”, then headed to L.A. to make a soon-to-be-released record with Grammy-nominated and Juno Award-winning producer Dan Burns (Carina Round, Early Winters). Robyn relocated from NYC to her mountain home in Park City- her music is a synthesis of New York’s culture and Utah’s desert wilderness. New album “Born In The Desert” coming in 2015!

Maleficent
A vengeful fairy is driven to curse an infant princess, only to discover that the child may be the one person who can restore peace to their troubled land.