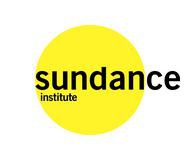 Beasts of the Southern Wild

A spellbinding adventure set just past the known edges of the American Bayou, Beasts of the Southern Wild follows a girl named Hushpuppy as she takes on rising waters, a sinking village, changing times, an army of prehistoric creatures and an unraveling universe that she bravely tries to stitch back together through the sheer force of spirit and resilience. The film, shot on location in the coastal parishes of Louisiana with local non-actors in the lead roles, came to the Sundance Film Festival a hand-made, fiercely imaginative underdog and left a runaway hit and winner of the coveted Grand Jury Prize as well as the Excellence in Cinematography Award.