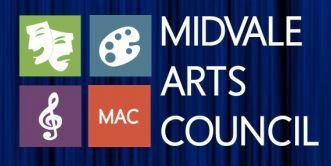 Once Upon a Mattress

This year we have asked various food trucks to join us for most performances where they will be selling food for purchase throughout the run of the show.

Once Upon a Mattress is a musical comedy with music by Mary Rodgers, lyrics by Marshall Barer, and book by Jay Thompson, Dean Fuller, and Marshall Barer. The play was written as an adaptation of the Hans Christian Andersen fairy tale The Princess and the Pea.

Once Upon A Mattress has a few added twists on the classic fairy tale, and nary a dull moment! Prince Dauntless must find a princess to marry before anyone else in the kingdom can be married, however his overbearing mother, Queen Aggravain makes sure all who apply for the position fail her “proper” princess tests. Sir Harold and Lady Larkin have a particularly pressing need to be married sooner rather than later, so Harry goes off on a “princess quest” and returns with Winnifred A.K.A Fred (a moat swimming princess from the swamps). All, including the Prince, like her very much, except of course the Prince’s Mother. King Sextimus the Silent (Father of Dauntless) has no real say in the matter, as he has been made mute by a curse that can only be reversed “when the mouse devours the hawk.”

This production of Once Upon A Mattress features Director, Stephanie Chatterton with Assistant Director and Stage Manager, Candice Jorgensen, and Musical Director, Terisha Foster. Producer, Stephanie Johnson and Assistant Producer, Melody Chapman, round out the Production staff. The Directors have been supported by Tech, Stage Crew and our wonderfully talented Cast!

General grass seating. Patrons are encouraged to bring their own blankets or camp chairs to sit on.

Midvale Outdoor Stage in the Park