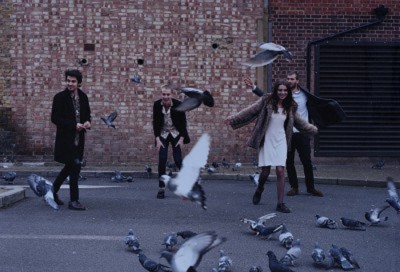 The group’s multi-page musical palette embraces everything from ethereal electronics and lithe, lush melodies to buzzing distortion and towering feedback, reaching from the heart to the heavens. It’s a striking sonic patchwork that’s quickly established the London quartet as a vibrant voice.

Back home, they achieved Best Breakthrough Artists at the UK Festival Awards, landed on the coveted “long list” for BBC Sound of 2015, were pegged as one of iTunes’ “Artists For 2014,” and reached “#4 most blogged artist on Hype Machine” in the same year. Stateside, in addition to selling out their first 2015 shows in L.A. and New York, early support arrived with enthusiasm fromKCRW, The Fader, and Billboard who dubbed them an “Artist to Watch” for 2015.