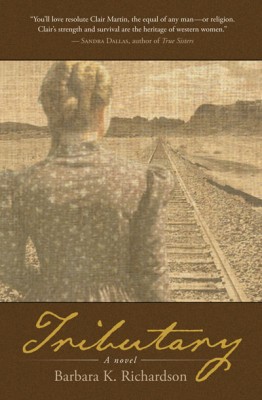 Presented by Torrey House Press at The King's English Bookshop

Charlie Quimby’s novel, Inhabited, introduces readers to Meg Mogrin, who sells pricey houses, belongs to the mayor’s inner circle, and knows more than she’s letting on about her sister’s death. When their hometown attracts a game-changing development, Meg must decide between maintaining her ordered world and facing hard truths about her profession and past.

In Barbara Richardson’s Utah Book Award-winning novel Tributary, Clair Martin struggles with her role in the early Mormon Church. Her stubborn search for identity takes Clair from the confines of the Utah Territory, with its polygamy and rigorous conformity, to the chaos of Reconstruction Dixie and back again.

This event is part of the 2016 Utah Humanities Book Festival.